Skip to content
Just a heads up! Some links on this page are affiliate links which means that, if you choose to make a purchase, I may earn a small commission at no extra cost to you. I greatly appreciate your support!

Where do your values and beliefs come from?

Every person alive has a set of core values and beliefs about life that influences the vision they have of the future and even sometimes the past.

These core values and beliefs are mostly developed in childhood and can be strongly tilted toward success or failure, as well as abundance or lack.

Alternatively, another great free resource you can use is Dr. John Demartinis Value Determination Process. You can find it here.

You get a lot of these ideas from your parents, but they also come from general society.

The TV shows you watched growing up, the friends you had, their parents, your teachers and whatever was happening in the world as you grew up affect your values and beliefs as well. Many of these values and beliefs are in your subconscious mind and you don’t even know they are there.

Therefore, you often act unconsciously to things that strike at those core values and beliefs. Sometimes those actions lead you down the wrong path.

However, if you choose to work on your personal development, you’re going to become much more self-aware about your core values and beliefs and why you have specific ideas or not, and by using the suggested techniques you will also learn how to change your core beliefs about yourself.

Everyone has both positive and negative core beliefs.

The more positive thoughts you have, the more positive you will behave, as you embark on achievement. These positive beliefs include things like believing you are worthy, safe, competent and capable, appreciated, accepted, knowledgeable, and so forth.

Negative beliefs are often focused and based on your personality or inner-self, as well as on a negative thought that someone had about you or based on something you said about yourself.

These can be very limiting to your self-esteem.

That’s why you can meet two people, who have the same job, make the same amount of money, and one will be happy and satisfied, while the other person will inwardly feel miserable.

1. Identify If Your Beliefs Are Negative

You may not even realize you have beliefs that are causing you to be held back.

If you’ve watched person after person succeed at something that you want to do, are you able to identify what you need to also improve to succeed  – or are you not able to accept that a core idea or belief you have is erroneous?

For example, a lot of people have a very limiting idea of money being finite. The truth is more money can always be made, but you may have to create it first. You have to believe that you are worthy, and capable, and can create abundance in your own life.

Once you find out that you have negative core beliefs, you can work on turning them into positives.

2. Be Willing to Challenge Old Beliefs and Values

When you decide to embark on a journey of personal development you must be willing to challenge your core beliefs, ideas, and even the vision you have created for your life.

Until you know what’s true, accurate, and based on facts rather than on mere opinions or false beliefs, it’ll be hard to envision how far you can go towards the advancements you want to make.

It may be the difference between deciding to become a Doctor or a Nurse. Neither career is the wrong choice. However, one might be better for you, when considering your likes, dislikes, existing skills, your health, and your interests, goals, and other preferences.

As you work through your Personal Development plan in all aspects of your life, you’ll come to many realizations.

Some of them will be a surprise, others, not so much.

The critical point is to realize that the ideas you have right now, even your most core beliefs and values may change once you learn to develop the skills of critical thinking.

Many of your old values and beliefs can be challenged if you are willing to challenge the status quo of what is true and what is not.

If you find that you have limiting core beliefs and values about what you are capable of as a person, you will want to work on those first.

Without the inside taken care of, it’s hard to fix everything else.

Why Everyone is Obsessed With Journal Prompts For Self Discovery

3. Use Mindset Tools to Help You Reinforce Your New Beliefs

Using mindset tools such as visualizations, affirmations, and meditation can help you transition to believing the new thoughts you have decided to adopt for yourself.

These tools are invaluable when you want to build a new belief system about yourself.

How to Create Affirmation Cards that Work

Summing up How to Change Your Core Beliefs

So, now that you have a good idea of what your beliefs and values are and have

Thousands of free resources can be found all over the internet. Some are better than others.

What is true about most self-development programs is that they all originate from mostly the same sources. From the timeless advice offered by the old philosophers and Sages to the theories and constructs proclaimed by religions and scientists.

However, the ONE common element that each tackle is how you use your thinking.

So whether you go it alone or get help from a mentor, either way learning to make your thinking a priority in your life is a skill that can be learned.

P.S.   Need to change your Thoughts and Beliefs around Money?

5 Powerful Self-Improvement Tips for Everyday Use

Prioritize your Life to easily Achieve your Goals

This site uses Akismet to reduce spam. Learn how your comment data is processed. 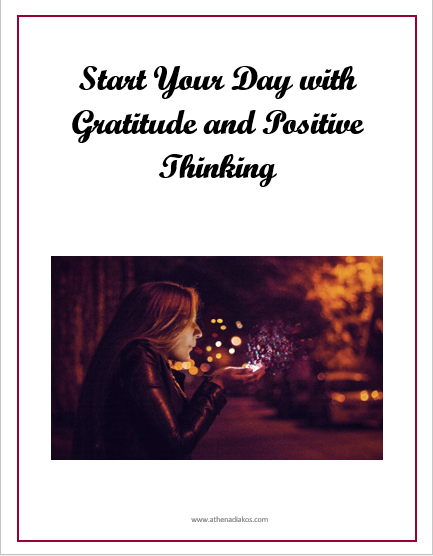 Your Report is on its way to your inbox.

Your report is on its way- Please check Your Inbox (and SPAM Folders).

You have successfully joined the "5 Day Kick Negative Thoughts to the Curb Challenge."

Day 1 will be arriving in your inbox in the next few minutes. (Please check your spam box as well)